South of Varrock / Crossroads between Varrock and Lumbridge 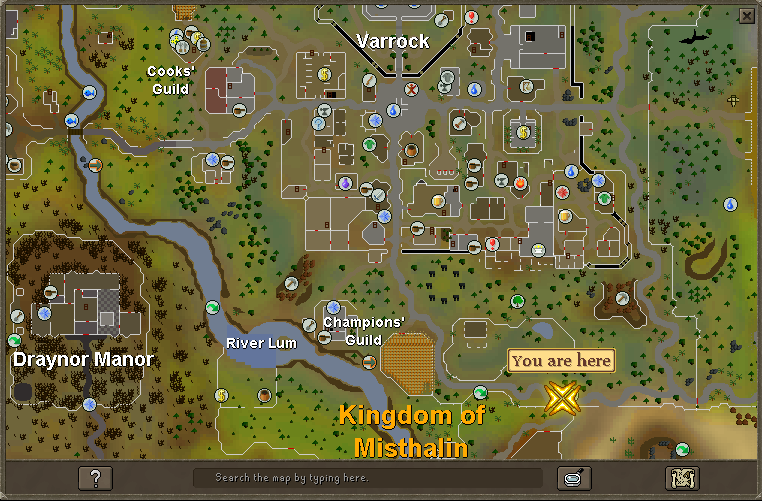 1. Talk to Rat Burgiss, He tells you that a bunch of outlaws have ransacked his trading cart and that he needs you to get back the five papers they stole from him. He will give you an empty folder to keep them in. 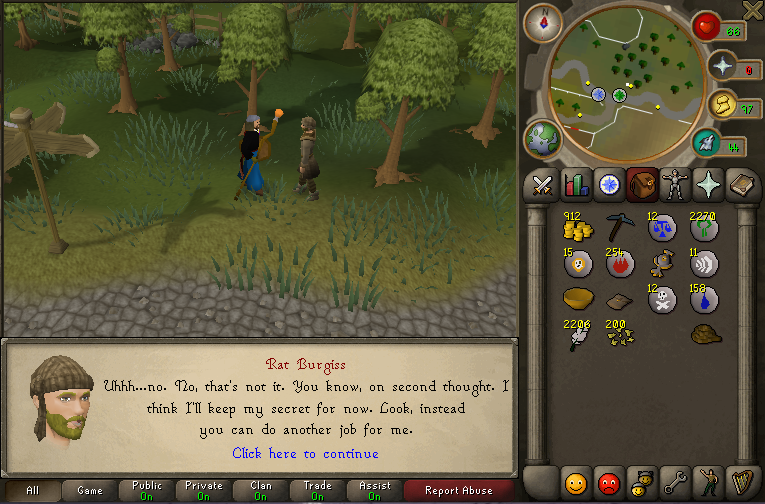 2. The outlaws are located between Edgeville and the Grand Exchange. You can use a (Skills necklace or Ring of wealth to travel towards them). 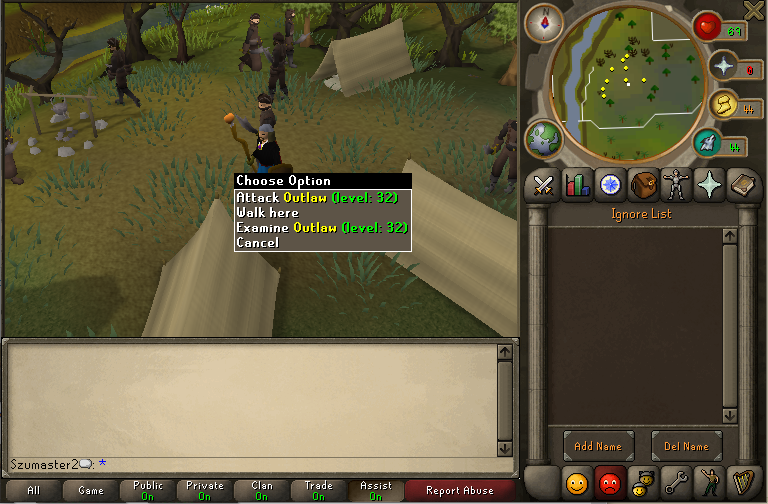 3. Use them on the folder to get a full folder, after that come back to Rat Burgiss, he will then ask you to deliver a letter to Surok Magis in the Varrock Palace library. (where Reldo is). If you want to get kudos from the Varrock Museum you'll need to get the book Dagon'hai History. You'll find it in one of the two bookcases furthest east. After the quest you can give the book to the Historian Minas on the 1st floor of the Varrock museum.

4. Head to the Chaos Altar, with 15 chaos runes in your inventory. Entering the altar requires either a chaos talisman or tiara, or access to the Abyss. (I took the route through Edgeville to Abyss) 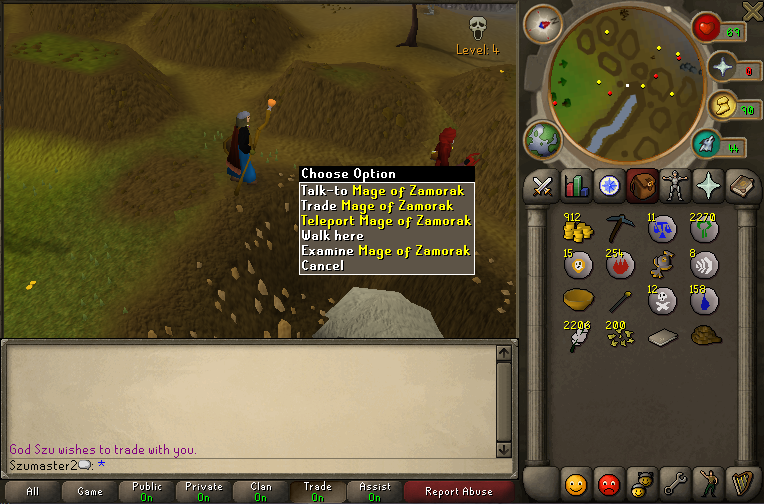 5. When you have reached the Chaos Altar, you must use your wand on the altar, which you got from Surok Magis. This will absorb the 15 chaos runes to turn the wand into the Infused wand. 6. Return to the library of Varrock, and talk to Surok Magis with the infused wand and an empty bowl. He will then give you Surok's letter for Rat Burgiss. 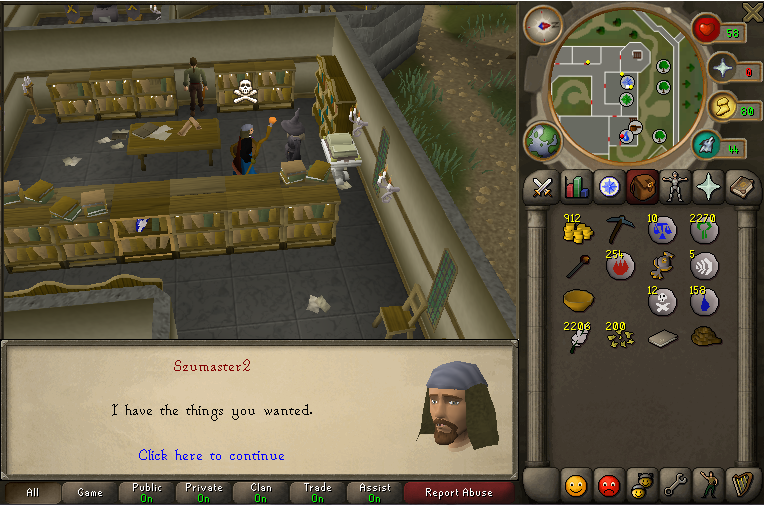 7. Head back to Rat Burgiss, and deliver the letter. 8. Rat Burgiss will direct you to Zaff, owner of the staff shop in Varrock (Which lies every day that it will have battlestaff on sale). Zaff will give you a beacon ring and instructions on how to arrest Surok Magis. (You do not need to equip the ring). 9. Go to library at Varrock Palace again, and talk with Surok Magis. A scene will appear, and after it you will have to annihilate the opponent King Roald. 10. When he will have a low amount of hitpoints - right click on the beacon ring and choose operate option. 11. After killing the king, talk to the Surok Magis, Zaff will come, he will say something and after the cut-scene is completed, go back to Rat Burgiss to finish the quest: Below is a list of the quest currently implemented in 2009Scape.

---------- This is a community wiki written and maintained by the community. Please help expand the wiki, especially if you can help document the differences between 2009scape and RuneScape as it was in January 2009.We are seeking original and new 2009scape content, please don't copy paste irrelevant OSRS/RS3 content.